By Geekvape
DUBAI, UAE, Feb. 25, 2022 /PRNewswire/ -- On February 20, 2022, one of the most prestigious motorsport competitions, the 4-hour race of the 2022 Asian Le Mans Series, came to a perfect end in Dubai. The #95 TF Sport Aston Martin Vantage GT3 finished the race with an impressive result. Notably, as a sub-brand of Geekvape, this is the first time that Geek Bar and the Aston Martin Racing team have collaborated on a racing event. 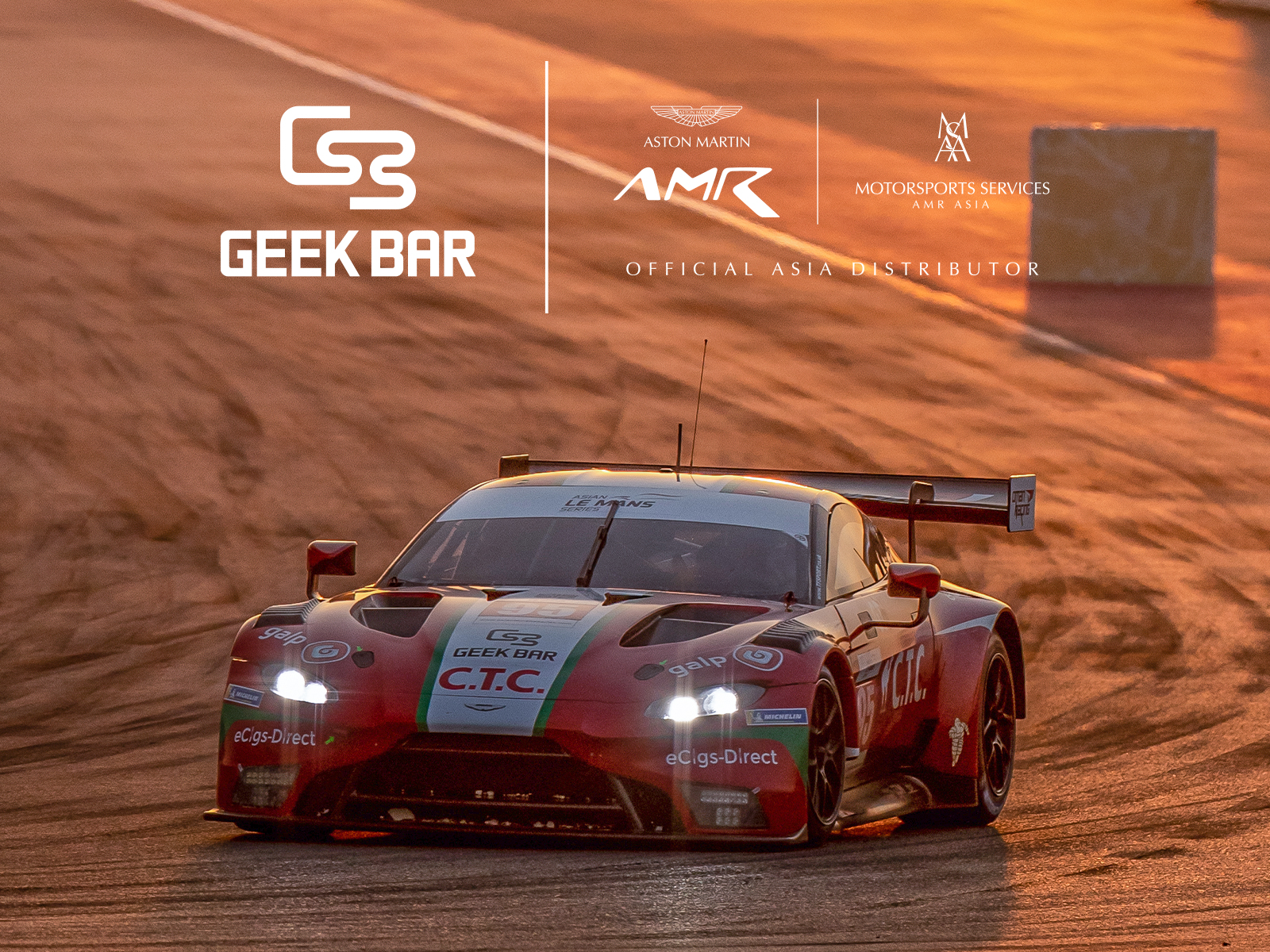 Looking back on Geekvape's debut at the 68th Macau Grand Prix last year, a highly creative pop-up launch was lauded at the time, and the following is what Geek Bar bring to this grand racing event in Dubai.
AMR Le Mans edition unveiled to set the race alight
This time, Geek Bar brought two new AMR Le Mans sportcar finish products to the stage of the highly anticipated Asian Le Mans race, the Geek Bar X6000 and S600. As is well known, Aston Martin's racing cars are rich in innovation and inspiration, and their sporting prowess and success contribute significantly to the brand's appeal on the track, particularly in the face of Le Mans's grueling test of speed and endurance. Interestingly, the pursuit of excellence and energy aligns perfectly with Geek Bar.
Craving for "Excellence" and "Energy"
Geek Bar's dedication to excellence is reflected in the quality of its products, which adhere to the strictest standards of safety and protection, as stated by those involved: "From sourcing and manufacturing to marketing and distribution, we place a premium on true quality."
Aston Martin's racing car features distinctive styling, an upgraded chassis, and horsepower-boosting engine upgrades. Its engine has exquisite volume but extraordinary energy, resulting in a sharpened driving experience, which is similar to Geek Bar. Its products are bursting with energy, allowing users to max out the taste.
"We're delighted to partner with TF Sports in Asian Le Mans, a team who share the same passion for Excellence, striving for the best in our own areas and conveying the concept of Breakthrough and Progress," said Allen Yang, the CEO of Geek Bar.
This is a first-of-its-kind collaboration between e-cigarettes and motorsports that is sure to boost this century-old traditional brand image while also bringing vitality to the world of motorsport. Geek Bar is rewriting the history of the vaping industry.